You are here: Home › About us › Board members and AYM staff › Jon Gardner 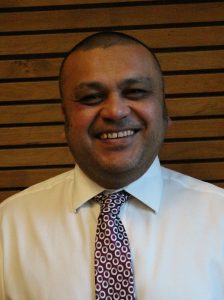 Jon graduated as an English Teacher in 1993 but following completion of a postgraduate sociology degree decided on a career move in the mid 90s and joined Hampshire Probation Service – initially as a Hostel Support Worker in one of the county’s Bail Hostels. After retraining as a Probation Officer, Jon had stints based with the Court and Young Adult Offending Teams in Southampton. He then successfully managed the Basingstoke Offender Management Team and developed the county’s first multi agency team to facilitate intervention with PPOs.

An 8 year secondment with YOT then followed, initially as a Team Manager within Wessex YOT and then at point of disagregation taking over as the Service Lead for Portsmouth YOT, successfully turning around the fortunes of the service culminating in the positive HMIP Full Joint re-inspection of 2015. The intracacies of the NPS E3 restructure meant no more secondment opportunities were available and so Jon returned to the Probation Service becoming manager for the Offender Management Team in Havant and the service lead for the Personality Disordered Offender Project for Hampshire.

The role of Southampton YOS Manager was advertised in late 2016 and the opportunity of a return to the world of youth justice was too great to overlook.