You are here: Home › About us › Board members and AYM staff › Phil Sutton 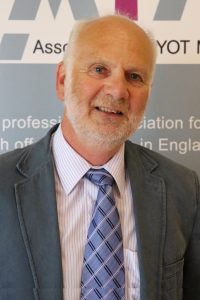 Phil was one of the first YOT managers appointed following the implementation of the legislation and managed the former Wessex YOT (Hampshire, Isle of Wight, Portsmouth and Southampton) from 1998 until 2005. He then took a secondment to YJB as Head of Youth Justice System ICT, and had a leading role in the Wiring up Youth Justice Programme until it came to an end in 2010. He continued to work for YJB on resettlement and YOT governance until taking voluntary redundancy. In 2011 he set up as a freelance consultant in youth justice, and has supported the work of AYM since 2012. He currently leads for us on the SEND partnership project.​